MEK: When terrorists are armed, funded and respected

MEK terrorist group killed more than 17,000 Iranians during their terrorist activities inside Iran and in their war effort against Iran alongside Saddam. This makes Iran, one of the major victims of terrorism in the world.

IRDC.IR: MEK terrorist group killed more than 17,000 Iranians during their terrorist activities inside Iran and in their war effort against Iran alongside Saddam. This makes Iran, one of the major victims of terrorism in the world.

The Mujahedin-e Khalq Organization (People's Mujahedin of Iran also known as MEK, MKO or PMOI) was formed on the basis of Marxism and Islam; later Islam was removed from MEK’s doctrine . This group, established in 1965 in a bid to overthrow the Shah, harbored an anti-Western and anti-U.S. ideology. They also formed alliances with other Iranian Marxist groups such as the Organization of Iranian People's Fedai Guerrillas.

But both of them had a marginal role in the Shah’s overthrow during the Islamic Revolution which was mainly fought by the supporters of Ayatollah Khomeini. MEK leaders were mostly imprisoned by the Shah’s security apparatus and couldn’t play a direct role in the 1979 Revolution.

Due to their intense anti-American approach, MEK killed many US officials, including three officers who had been military advisors under the Shah and three civilian contractors working in Iran. They also kidnapped the US Ambassador to Iran. They were the main elements for occupying the US embassy in Tehran, and when the embassy staff were released they called it a "surrender”.

Although supporters of Ayatollah Khomeini had never sympathized with MEK elements, MEK’s enmity became acute when the head of this group was banned from running for presidential elections, which was followed by a heavy MEK loss at parliamentary elections in 1981. It was then that MEK started its terrorist activitites in Iran; they bombed the headquarters of the Islamic Republic Party, which had won both the presidency and the parliament in landslide victories. The bomb killed Mohammad Beheshti, Head of Iran’s Judicial System who was also the party leader, as well as four cabinet ministers, plus 24 members of Parliament along with 43 other government officials and party members. 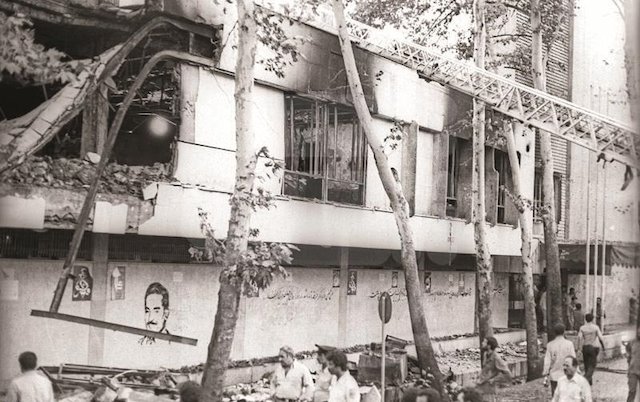 .The headquarters of the Islamic Republic Party after the MEK-led explosion

Two months after this bombing, another major attack shook the Iranian capital; a bomb was embedded in the room where government cabinet meeting was held, killing the newly elected President Rajai and Prime Minister Bahonar. One of the members of MEK staff later confessed to the assassination campaign by MEK that killed up to ten thousand innocent civilians in a span of six months. 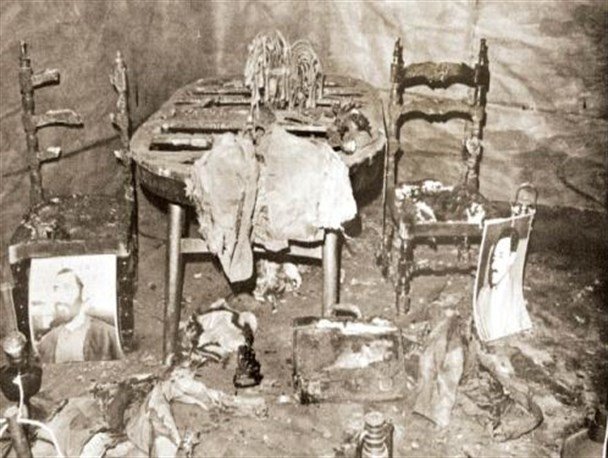 .The table at which president Rajai and Prime Minister Bahonar were sitting

Cooperation with Saddam against Iran

After these deadly attacks, MEK moved to Iraq in 1986 and allied with Saddam in his offensive against Iran. With this act of treason, they lost all favor in Iran and became a subject of hate among all Iranians. This feeling of hate was to such a degree that around this same time, the group developed the undesirable nickname of Munafiqeen or Hypocrites.

In Saddam’s war against Iran, the Munafiqeen provided Iraq with intelligence and even attacked Iran militarily by an army of MEK members. They were also an asset for the Iraqi dictator when the time came for the bloody crackdown of the Iraqi Shia and Kurdish populations. Press reports cite MEK leader Maryam Rajavi encouraging MEK members to ‘take the Kurds under your tanks'. This terrorist organization was backed by Saddam until 2003. 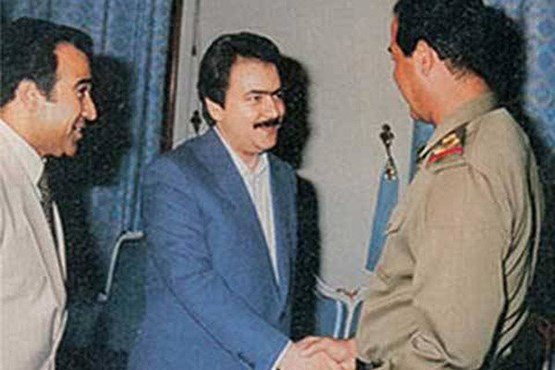 U.S. recognized MEK as a terrorist group but trained them as well

Based on these facts, US State Department put the MEK on their list of international terrorist organizations on October 8, 1997. Since 2010, this terrorist group’s henchmen have assassinated four senior nuclear scientists in Iran.

Later, it was revealed by a 2012 NBC News report that MEK’s brutal assassination of Iranian nuclear scientists has been committed via "training and arming by Israel’s secret service”. The report also conveyed that what was being said by US officials confirmed the same "charges leveled by Iran’s leaders” about the Israeli involvement in the killings in Iran.

Later it was revealed that the US was also behind these terrorist assassinations by provided intelligence to the MEK. Prize-winning journalist Seymour Hersh revealed in an interview with Democracy Now that the Bush administration secretly trained the Mujahedin-e Khalq terrorist group when it was still included on the State Department’s list of foreign terrorists. Writing for The New Yorker magazine, Hersh reported that:

"The US Joint Special Operations Command trained operatives from Mujahideen-e-Khalq, or MEK, at a secret site in Nevada beginning in 2005.”

Later it was revealed that this training was held at Department of Energy’s Nevada National Security Site, located about 65 miles northwest of Las Vegas. 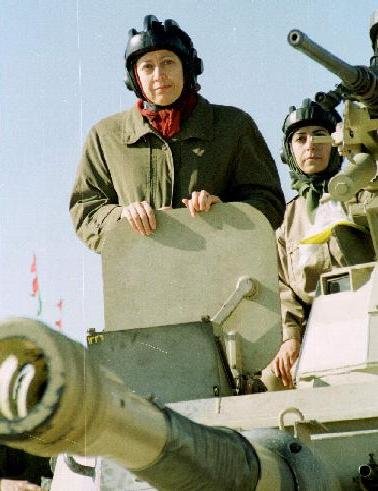 Apart from its terrorist credentials, MEK has also developed cult-like characteristics. Far from being democratic, it is run in an autocratic style by a husband and wife who have fostered a cult personality. The MEK leader claims to emulate the Prophet Mohamad. Some of its members left the group and returned to Iran based on an amnesty offered to the group members by Iranian officials. These former members talked about torture and long periods of confinement for disloyalty.

MEK Bribed Congress and US officials for being delisted

Besides these killings and MEK’s recent terrorist activities in Europe, the US and Asia, there are many other proofs that point to the terrorist nature of this group confirming that MEK has not abandoned violence. US Department of State, in its 2008 report mentions MEK as a terrorist organization and this is contrary to the claim made by MEK members at the time that they had renounced violence.

But in the end, the United States terror delisted this group, despite recognizing their history of terrorist activities and allegations of abuse against its own members. This move unfroze MEK’s millions of dollars of blocked assets, which were used by the group to further lobby the US Congress.

It is quite noteworthy that US officials received funds to support MEK even while this group was still on the list of Foreign Terrorist Organizations. According to internal reports, the list of names of such officials makes a long list to ponder. Those members of Congress who received money were the ones who also pushed for the terror delisting of the MEK. 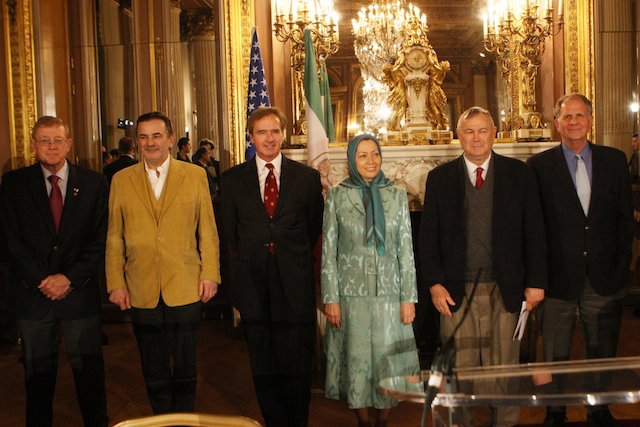 American politicians were paid to deliver speeches in support for the MEK terrorist group and to claim that this group was actually an opposition to the ruling elected government of the Islamic Republic of Iran rather than a terrorist group with a record of assassinating almost 17,000 innocent Iranians. This number makes Iran on of the biggest victims of terrorism in the world. 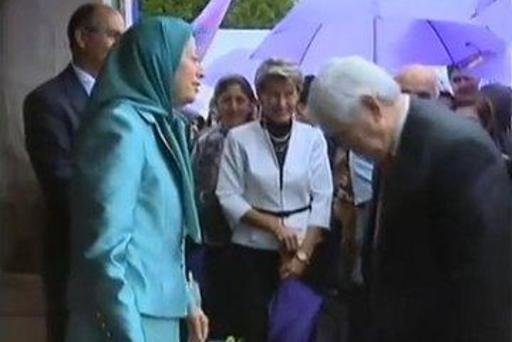 A shot across Gingrich's bow to Maryam Rajavi, the head of MEK terrorist cult responsible for the killing of 17,000 iranian citizens

Former Democratic National Committee chairman, Ed Rendell has openly declared that he has given about eight speeches in support of delisting MEK and has been paid a total of $150,000 or $160,000 for it. In an article mentioning the names of American officials guilty of taking a pro-MEK stance, Aljazeera reports:

The US support for this hated group added to a more feeling of distrust among Iranians toward the U.S. government.